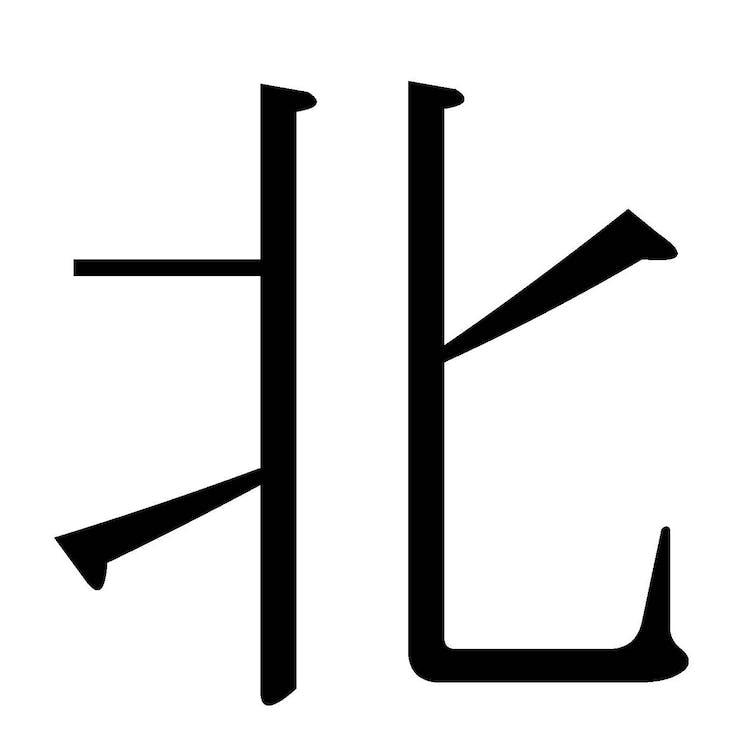 Every December, Japan chooses a “Chinese character of the year” to summarise the dominant stories of the last 12 months. This year’s winner, chosen from the thousands of characters that make up the core of the Japanese writing system, is 北, or “north”. North Korea’s nuclear machinations, it seems, are at the top of Japanese minds.

A victory for 北 wasn’t guaranteed. Earlier in the year, the signs pointed to other characters; given the rollercoaster 2017 turned out to be, 乱 “disorder” and 変 “change” were both contenders. But then came the intense stand-off between the world and North Korea over the latter’s nuclear warhead and ballistic missile tests – some of which encroached on Japanese territory.

The character 北 is not only used in the spelling of the Japanese for “North Korea” (北朝鮮), but in the spelling of “Hokkaido” (北海道), Japan’s northern prefecture. That makes it doubly apt; after a North Korean missile flew over it, Hokkaido prefecture issued a four-page what-to-do pamphlet – in comic book form, naturally – entitled “When a missile flies over” (Misairu ga tonde kita toki ni wa).

On December 12 this year, the character was announced the way it has been for 22 years: at Kiyomizudera, one of Japan’s most famous temples in the old capital Kyoto, a monk stood before a vertically placed large piece of calligraphy paper and with brush and ink rendered the character in question.

The character is always chosen (or, in Japanese, “recruited”) by public vote, through the organisation known as Kanken, which is responsible for organising Chinese character proficiency testing in Japan. Chinese characters are the logographic writing system of Chinese as adapted to Japan, and, together with the two phonetic writing systems hiragana and katakana, they constitute the complex multi-script combination that is the Japanese writing system. Most content words (nouns, verbs, adjectives) in Japanese are written with Chinese characters, hiragana tends to be used for grammatical endings, and katakana is primarily used for modern western loanwords.

The significance of December 12 – “12/12” – is down to some number wordplay. The individual digits “1” and “2” can be read “ichi” and “ji” respectively, and “ichiji” means “a single character”. The fact that December falls at the end of the year just makes that a perfect – and memorable – annual date for announcing the character of the year.

Many countries have a word-of-the-year vote, but Japan’s is unique because of the particular nature of Chinese characters, which were imported when the country first began to write a millennium and a half ago. Known as Kanji, the 2,000-plus Chinese characters in common use today typically each have two or more readings, and are often more parts of a word than full words in most of their uses.

This means that the Chinese character chosen as the winner will typically be used within the spelling of many different actual words relevant to the year. For example, 2016’s 金, or “gold”, can be read “kin”, “gon” or “kane”. It was chosen to reflect Japan’s Olympic haul of “gold medals” (金メダル), but since it also begins the Japanese words for “blond” (金髪) and “wealthy” (金持ち), it also alluded to the rise of the decidedly blond and wealthy Donald Trump.

Even when a single-reading character is chosen, such as 1998’s “poison” (毒), the chosen character still reflects several different stories. That year saw several stories of environmental pollution, and also a particularly salacious murder case, the Wakayama Curry Murders, in which four people were killed by arsenious acid nefariously added to a pot of curry at a summer festival.

However, sometimes the chosen character reflects just the one story. This was the case in 1995, the year of the Kobe Earthquake, which laid waste to a lot of one of Japan’s major cities. The character chosen that year was unsurprisingly 震, or “quake”. In fact, this was the very first character of the year chosen, and the vote was to some extent set up because of the event.

Not all characters are chosen to reflect disquieting events in an uncertain world. The golden 金, for example, was chosen not only in 2016, but also in 2012 and 2000, all Olympic years. Similarly, although the 1995 Kobe Earthquake led to the choice of “quake”, and another earthquake and a nuclear accident led to the choice of “disaster” in 2004, it is notable that 2011’s Tohoku Earthquake, tsunami and Fukushima nuclear meltdown were subordinated to a much more positive and reassuring character: 絆, meaning “(social) bond”.

With North Korea netting the 2017 slot and the Tokyo Olympics still two years off, perhaps ruling out yet another victory for “gold”, all bets are currently off for next year’s winner. With the world in disarray, who knows how Japan will choose to remember 2018?

This article was originally published on The Conversation. Read the original article.